The Mossi people make up the largest ethnic group in Burkina Faso and the second-largest ethnic group in the Ivory Coast, living mostly in the villages of the Naoinon and Nakanbe river basin. In 1996, the estimated population of Burkina Faso was 10,623,323, with five to six million estimated to be  Mossi or of Mossi origin and another 1.2 million Mossi live in the Ivory Coast.

The Mossi were one of the the last groups in Africa to be colonised by the French in 1896, which caused many to relocate to the Ivory Coast. As economical and lifestyle conditions improved in the Ivory Coast, more of the Mossi settled there, becoming farmers or living in urban areas.

The Mossi speak the More language, of the Western Oti-Volta group of languages, northwestern sub-group. It is spoken in Burkina and also in Ghana and the Ivory Coast. Within the language there exist a few dialects based mainly on the region.

The original Mossi homeland is the central portion of Burkina Faso, which was known until 1984 as Upper Volta.   The country’s environment is mainly savanna or grassland, with scattered trees. Rivers and streams exist only in the rainy season, so Mossi people have developed extensive water purification rituals to ensure adequate rainfall.

Mossi people have a rich background in mask culture. Mask dances have the essential function of mediating evil, and reinstating a balance between nature. Due to the harsh conditions the Mossi people live in, masks are used in water purification ceremonies prior to the harvest, at the end of the dry season.

The masks are made intricately using finer and wood, and are carved into forms representing the totemic spirits of the village: rooster, antelope, serpent and hawk, among others. These spirits incarnate the forces of fertility, growth and abundance.

Many Mossi believe that magic forces are present in their masks and are acting on behalf of the villagers. The distinguishing element of Mossi masks is the simplified or often absence of human features when compared to other ethnic group masks. Many Mossi masks reject animal and human features or both. 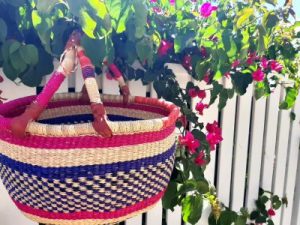